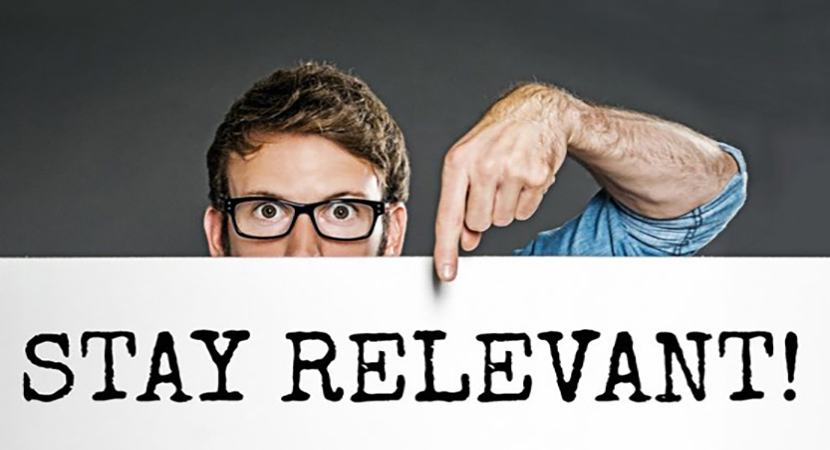 A quick search on the IMDb website for “Cinderella adaptations and references” throws up a list of 73 titles with the oldest one dating all the way back to 1899. It is amazing how a story, whose basic premise remains the same, has been retold and adapted to fit a different audience and generation. With each retelling, the story underwent a modern makeover that kept it relevant to the audience of the time, going on to become a blockbuster. To think that the 19th-century version of the story would hold the same appeal in the 20th and the 21st century would be foolhardy.

Similarly, the ever-changing consumer landscape and cutthroat competition has made it imperative for brands to constantly evolve and reinvent (both their offerings and messaging) in order to maintain their brand relevance- all this while sticking to the core of their brand.

However, despite an early mover advantage and a clearly defined target audience, not all companies can sustain the brand patronage they once enjoyed. When doing well, it is easy for a brand to fall into the deep pit of complacency, failing to keep abreast with evolving consumer preferences.

The much-loved “Vicco turmeric nahi cosmetic” jingle, though fondly remembered by the people born in the ’80s and the ’90s holds little relevance for today’s generation. Established as India’s first ayurvedic fairness cream targeting young women who were about to get married, Vicco slowly lost the brand equity it had built over the years to competition from brands like Kama Ayurveda, Patanjali or Fair & Lovely by HUL. As they failed to meet the changing demands of a more modern, aspirational and a more self-reliant India, a brand which had once revolutionised product marketing, gradually began lagging behind. An attempt at product diversification came too late when even those loyal to the brand had already moved onto more desirable beauty care products. As the company refused to break its ties with its past, they failed to build upon the brands heritage, rejuvenate it and keep it going.

Remember Blackberry, the reigning king of all smartphones so smoothly dethroned by Apple and Google? Comfortable in their position as the premier mobile gadget available, Blackberry was completely flummoxed by the breakneck speed at which ios and Android phones overtook the market.

At a time when the mobile industry was on the precipice of shifting to bigger touchscreens display, Blackberry refused to embrace change, continuing to produce phones with full keyboards. Insistent on appeasing only its existing “business” customers, the company colossally failed to tap the new customer base which would use smartphones as a means of entertainment and not just for communication.

Their adoption of third-party apps came too late by which time the brand had just lost too much ground to recover.

Refusal to get out of their comfort zone rendered the brand redundant faster than they could ever imagine.

In direct contrast, Apple has spelled innovation and change since its inception in 1976. The very DNA of the company seems to lay in disruption and evolution.

Apple revolutionised the gadget industry when it shifted its attention to handheld gadgets like the iPhone and iPod at a time when it could have just as easily stayed in its comfort zone of PCs and laptops. Showing an uncanny understanding of changing consumer tastes, the company blurred the boundaries between tech and fashion sector by introducing the Apple watch.

With each reinvention, Apple has displayed a knack of adding to its service and capabilities with perfect timing, keeping the brand meaningful through the years. In the age of the internet, brands need to do everything they can to stay relentlessly relevant. Mobile and internet allow customers to interact with brands in ways which have made evolution more important now than ever. In their product offerings and marketing communication brands needs to continually delight and deliver; redefining what is possible.

Everything, from the speed of the internet to the taste of the customer, moves at a breakneck speed in this new world order. The brands, which slow down or do not move, risk decay. To stay relevant brands have to be agile.