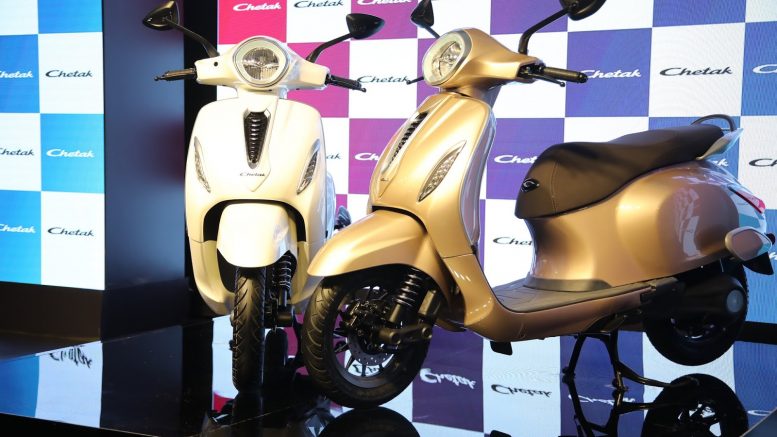 Bajaj recently unveiled a new electric scooter model, the “Chetak.” The launch was covered across top auto magazines and newspapers – an environment-friendly, less expensive model built by an all-women team. When I read the articles, I noted that the messaging and overall approach was subtle and muted. Somehow, this softer messaging still managed to make headlines, and in fact, packed in a powerful punch. The auto-world is dominated by oil-guzzling vehicles and flashy campaigns targeted at men. Yet, here was a mainstream brand, breaking barriers at once without any aggressive messaging. Devoid of the usual extravagant launch involving big-ticket celebrity endorsements, the Chetak’s quiet but conscious messaging was speaking volumes about the brand, and its messaging strategy. Without raising the expectations of its consumers, the Chetak’s launch elevated the company’s reputation, making it exceptional and noteworthy. Looking at the success of the Chetak campaign, I began tracing other brands that have taken the subtler approach and reaped long-term benefits.

A few years back, I would have discussions with other industry professionals on one of the core ideas of brand communications – “Content is King.” Today, however, with the world producing more and more content every minute, it becomes very difficult for brands to cut through the competition and engage with consumers. However, focusing on the finer details and cutting down on loud messaging can help create a more impressive story. Building reputation requires precision, attention to detail and softer approaches to messaging.

Subtle messaging can include visual cues, keywords and the general tone used across marketing campaigns.  The first example of this type of messaging was used in movie theatres. Before the movie or during an interval, images of popcorn and drinks were flashed on the screen for a few seconds. This resulted in people buying food and drink for the movie.

Owned media platforms like blogs, websites and newsletters are some of the avenues through which a company can start building its reputation through subtle messaging. For instance, several companies are using blogs for their positioning. Through their blogs, they talk about the latest developments in their fields and propagate ideas for research and developments. Such blogs consistently written over a long period of time can establish a company as a thought leader in its field.

While flipping through newspapers, I find that several brands and companies contribute to social causes through sponsorships and associations. Simple branding like this can help in building a company’s reputation.

One of the best examples I have come across in brand identity managed through subtle, consistent messaging has been that of the Tata Group. Some of its oldest advertisement campaigns during the Independence struggle started building the brand name as propagators of in-house scientific research, awareness and progress, in line with the country’s vision. Focused on unifying the country under one name, its advertisements showed people from different ethnic backgrounds. Since then, the Tatas have been investing in campaigns like “Jaago-Re” and “Desh ka Namak”, establishing its reputation as a trustworthy and reliable brand.

Similarly, even the Chetak campaign delivered a powerful message through simple, well-aimed words. It could be chosen to re-launch the refurbished version of its earlier avatar. But, it chose electric scooters that resonated with audience’s ongoing concern for the environment. Indian buyers are price-sensitive, so focus on pocket-friendliness was another hook that the messaging strategy subtly leveraged. Finally, with increasing conversations around women empowerment and gender equality, the announcement that the Chetak will be built by an all-women team added to the appeal. Hence this art of subtle messaging worked wonderfully well for the company and reinforced an important lesson: High decibel campaigns add to recall but value-based communication strengthens belief and that brings reputation, aiding in business growth and brand loyalty.