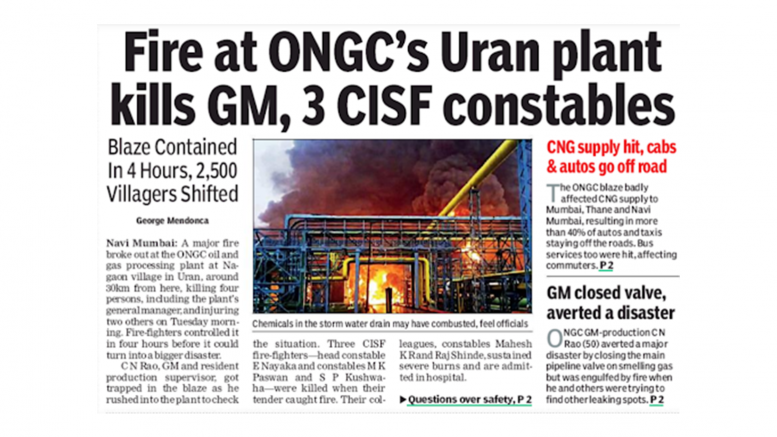 The layers of fire at ONGC’s oil and gas processing complex at Uran near Navi Mumbai on September 3, 2019, needs to be unfolded more to look at the significance of crisis management from communications perspective. While the previous article highlighted the importance of empathetic messaging, in this article we will explore the impact of building brand advocates and engaging with them as a part of long-term preparedness.

Typically, when any crisis occurs, the negative discernment of the brand dominates. Many a time, this gives an apparatus to people to make remarks at the brand or scrutinise its readiness to manage that sort of crisis. Power of owned media through social media platforms has given voice to everyone, often times resulting in uninformed opinions. Such public flak sometimes even leads to regulatory interventions. In such cases having brand advocates can be of tremendous help. These brand believers can help in neutralising the negative perception; or even turning it positive in some cases.

One of my most quoted examples is perception management of the brand Salman Khan- the famous actor who is often called the ‘Bhai of Bollywood’. He has been at the centre of significant controversies for many years. Some of them have even become legal cases against him. Each time when any of the cases are due for hearing, there is always a set of blended perceptions for the actor. While there are individuals who believe that the guilty must be punished, yet some of his charity initiatives like the ‘Being Human’ foundation gave out an alternate appeal towards him. Using this whole acceptance of the ‘Being Human’ brand, he has not only created the so-called brand advocates for him but also garnered positive publicity. It is believed that the “Being” franchise through concepts like ‘Being Human foundation’, ‘Being Human Clothing’, ‘Being Talent’, ‘Being Smart’ and now ‘Being Strong’ is a carefully planned strategy towards the endeavour of enhancing his goodwill among masses. This approach in my opinion is a good example that the corporates should take crisis management lessons from.

Let us look at how the ONGC’s episode was managed. After the incident, the company received front-page coverage in most of the leading dailies. But if we take a closer look at the image shown below, the quotes of senior officials as well as the locals have some lessons. These are free flowing independent observations and do not add value to the company’s perception. It is important for organisations to identify important stakeholders and have a detailed long-term engagement plan with them. Mostly companies tend to misinterpret that their stakeholders are only employees, customers, board members, government and possibly the media too. But, the local authorities, community members, industry experts and influencers can also be significant stakeholders as evident from the image below.

As Julia Roberts’ dialogue in the movie Notting hill goes, “Newspapers last forever”, such episodes that appear in media never die. In future if any mega fire incident will be discussed, then it is highly likely that this ONGC episode will be referred to. Hence it is a must for companies to be mindful of what gets quoted about them in newspapers; that too not only as their own quote but any other stakeholders’ quote too.  Consequently, the significance of identifying and engaging with such stakeholders can never be overstated. To err is human but to let people not understand the complete story and lose control of narration can be devastating for the brand reputation.